Having a breed standard is always complicated, since the breed changes over time. The evaluation method of the breed is done by beauty according to most feline associations. Black Sea Angels is part of Sofisticat, the Romanian FIFe feline association. FIFe, Federation Internationale Feline, is one of the largest feline associations in the world present in most European countries and also globally. They describe themselves as ‘a leading international cat fancier society’.

The breed standards defines the British Shorthair as a large to medium sized cat, being compact built, powerful and well balanced. They should have a full broad chest, short strong legs, rounded paws and a tail that is thick at the base. It has a round head with good width between the ears, the eyes are round and wide-open. One of the most appealing feature is the smile caused by the prominent whisker pads. The coat should be short and dense, with minimal care. The males weigh normally 7-9 kg while the females 4-6 kg. The eye colour is clear from copper to golden tones. Some of the cats have blue or green eye colour, which are linked to the type of coat colour they have. The coat comes in many colours, just to mention blue, white, silver, red, cream, black, bi-colour and tortie. A recent breeding has resulted in chocolate, lilac, cinnamon and fawn. Black Sea Angels has cats with the possible colours of blue, white, cream, bi-colour and tortie. The latter two is a combination of the possible colours of blue and/or cream and white. 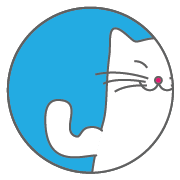 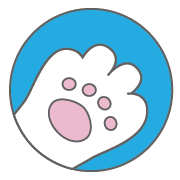 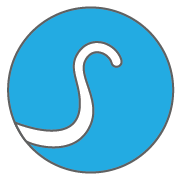 The tail is thick at the base 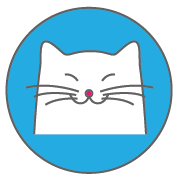 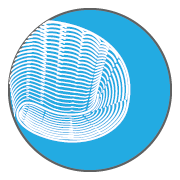 Short and dense with minimal care 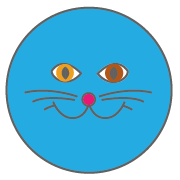 Clear eye colour, from copper to gold. Sometimes they are blue or green

The history of British Shorthair dates back to the first century AD, making it one of the most ancient identifiable cat breeds in the world. It is believed that the invading Romans initially brought Egyptian domestic cats to Great Britain and they interbred with the local European wildcat. Over the centuries their descendants developed into distinctively large robust cats with short and very thick coat, to better withstand the weather conditions on the native islands. Based upon artists’ representations of the ancient British Shorthair, the modern cat is basically unchanged.

Selective breeding of the best examples began in the 19th century, with the emphasis on developing the blue-grey variant called British Blue. Some sources credit the UK pioneering cat fancier Harrison Weir with the initial concept of standardizing the breed. The new British Shorthair had great initial popularity at at the first-ever cat show organized at the Crystal Palace in London in 1971.

By the 1890s the newly imported Persian cats became more popular and British Shorthair fell out of favour, breeding stock became critically rare by World War I. To alleviate this issue, the British Shorthair breeders mixed some of the blood lines from the Persian cat. The genes introduced then would eventually become the basis for the British Longhair which only in 2015 became recognized in FIFe. As of this moment Black Sea Angels does not have British Longhair cats, nor is it known to be present in the genetic history of the adult cats. It is a recessive gene, thus the appearance of the Longhair can jump over generations until a kitten is born from both parents carrying the same allele Longhair. 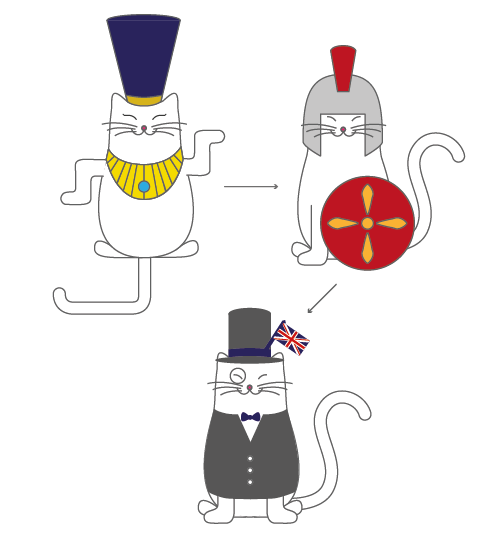 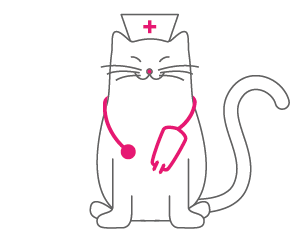 As the shows are based almost exclusively on beauty it disregards the genetic health aspects of the cat. All cats go through a health test at cat shows however it is not based on a more rigorous health screening which in our opinion should exclude cats with known genetic faults. Luckily British Shorthair is one of the oldest breeds and one can see that the evolution through time has been minor. This indicates that the cat breed has not been inbred as much as other cat breeds in order to produce certain beauty traits.

Inbreeding causes certain genetic defects which makes the individual to become less resistant of diseases, as the diversity is low and less probable to resist certain diseases. Reduced diversity could lead to rare genetic diseases which normally does not appear in a diverse population with dominant healthy genes. More inbreeding leads to higher risks of health issues. Pedigree cats are in general less inbred compared to pedigree dogs who have been more inbred, especially in the last century, to achieve certain physical characteristics.

The breed is very healthy and long lived, life expectancy is 14-20 years. This depends of course on the environment it lives in, stress level, food intake and of course love. The most common inherited problem with British Shorthair is gingivitis (red inflamed gums) which will require dental care. Another inherited health issue is cardiomyopathy which can cause anything from minor heart murmur to severe heart trouble. Neither of these conditions are specific to the breed. We at Black Sea Angels try to keep track of potential health issues and make sure to stop genetically transferable diseases 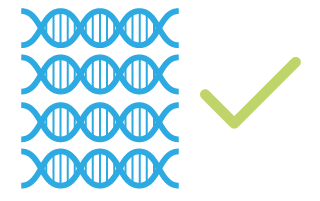 There are several famous British Shorthair, some of them you may know already:

Whiskas has the British Shorthair in their commercials.

Garfield is a famous cartoon cat and has some traits that are typical of the breed.